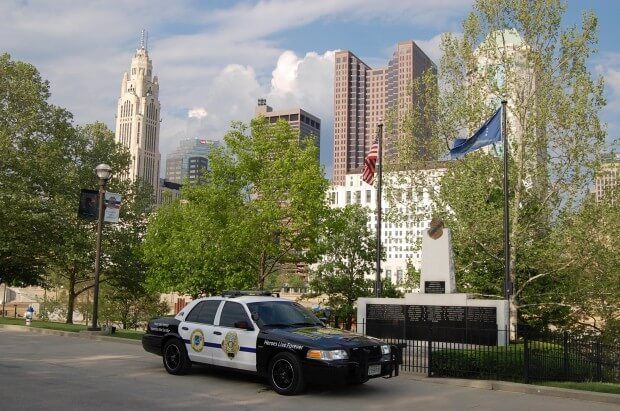 In 2014, Sgt. Mike Pidgeon and Det. Dan Craft collaborated with the Chiefs’ Office and the SDPOA Board to create a patrol car that would be used to honor the men and women who died in the line of duty while serving the community as San Diego Police Officers. After a time of planning and dreaming, they were able to find a vehicle (the chief’s former Crown Victoria when their office switched to the Explorer), and the rolling canvas was ready to design.

Sgt. Pidgeon and Det. Craft came up with a way to tie in SDPD’s heroes with our state and national law enforcement memorials by utilizing graphics and quotes from each.

The trunk displayed a prayer copied from the SDPD memorial. The driver’s side carried a SDPD badge and the California Peace Officers Memorial image. The passenger’s side has the same badge and a reproduction of the National Law Enforcement Memorial logo. Around the car were written various quotes. The hood of the car was saved for the sacred names of the 32 officers who paid the ultimate sacrifice as San Diego Police Officers.

Honor 1 was completed literally hours before its first cross-country trip. Sgt. Pidgeon had the vision to take the car from San Diego to the California Peace Officers Memorial in Sacramento and then on to the National Law Enforcement Memorial in Washington D.C. However, in addition to these two memorials, he had the idea to visit law enforcement memorials in states along to way to honor their fallen-on behalf of our honored heroes, the San Diego Police Department and the SDPOA. 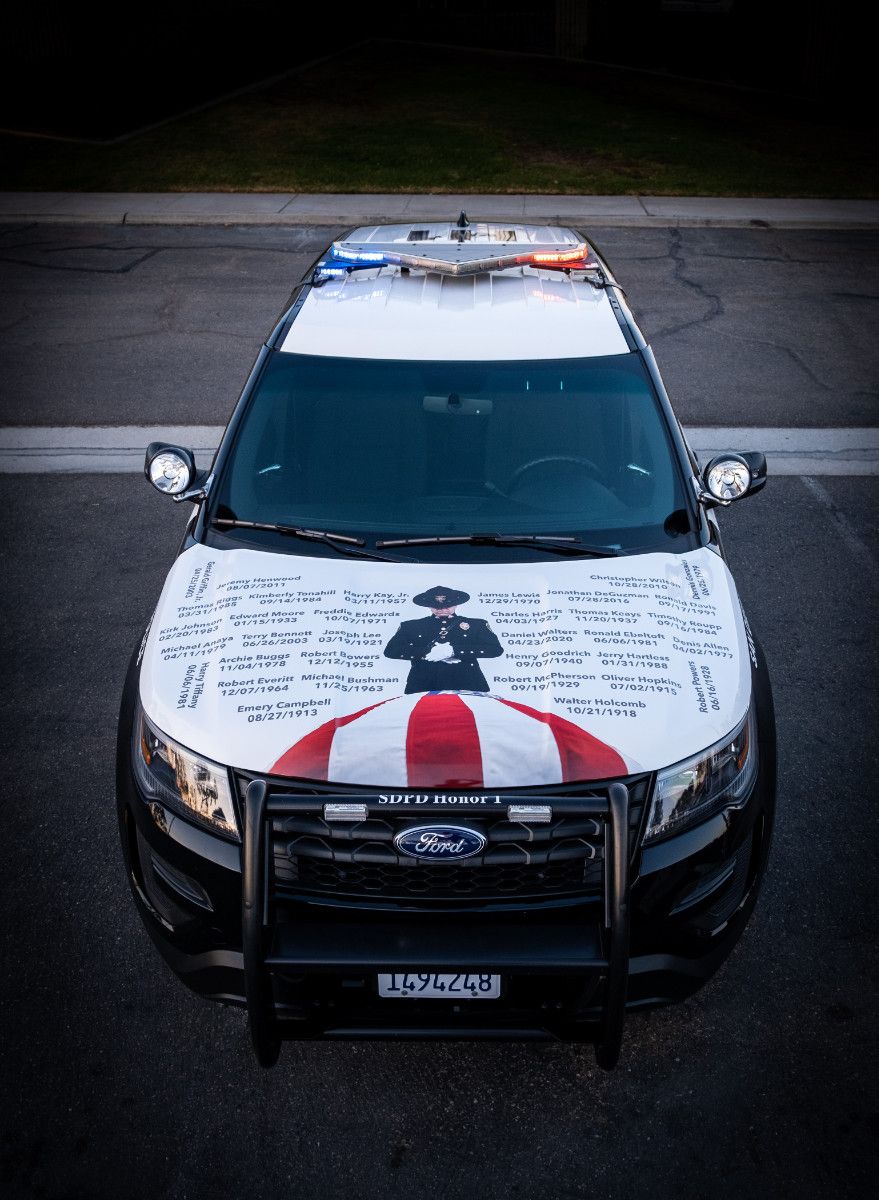 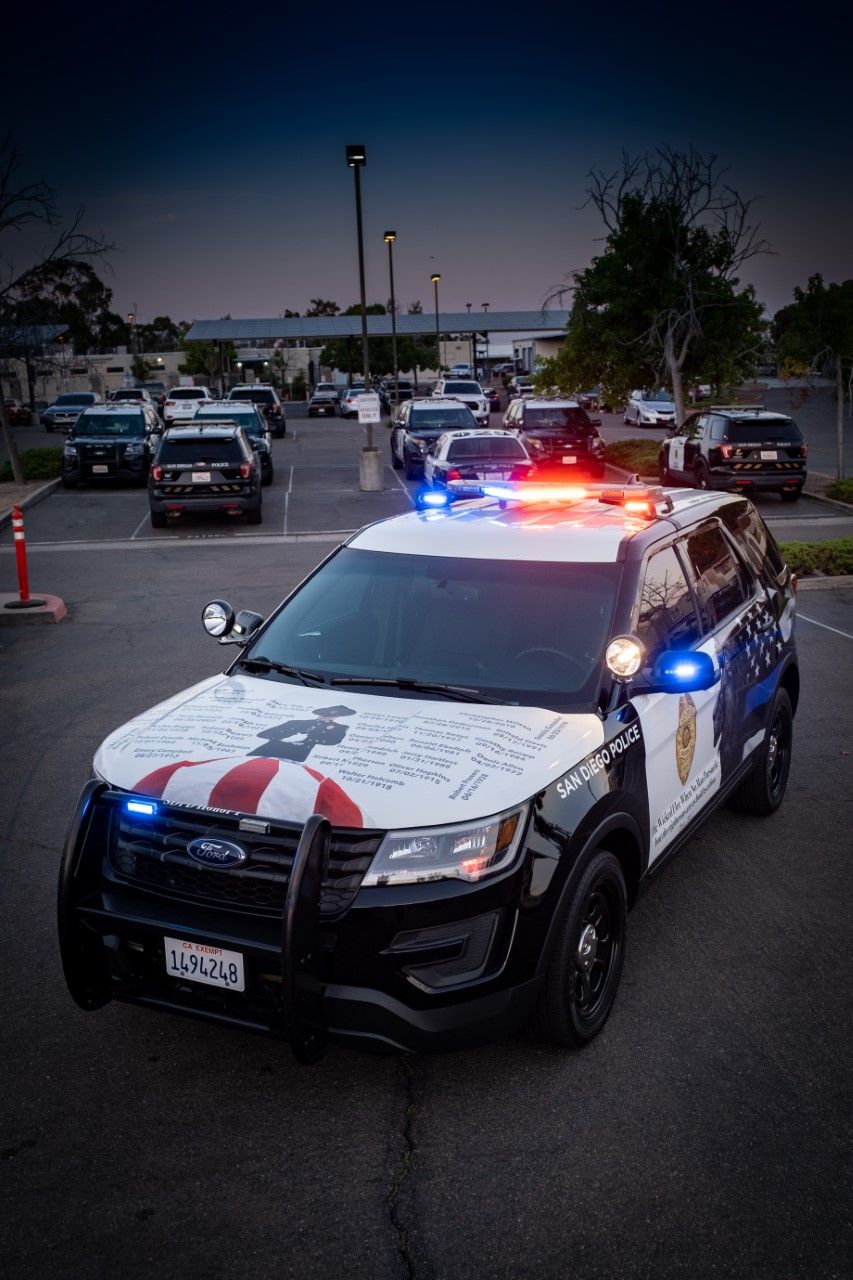 They were greeted by everything from a handful of state memorial representatives and a couple of officers, to being incorporated into full cadet swearing-in ceremonies, to ceremonies with pipes, mounted police, honor guards, motor officers, chiefs, sheriff’s and more. The two sentiments that were said over and over is how much they liked Honor 1 and how blown away they felt that we would travel from San Diego to their state to honor their fallen.

With that trip completed, Sgt. Pidgeon began to plan for the next journey. In 2017 Sgt. Pidgeon and Chaplain Chuck Price, along with Det. Mike Chinn, ventured once again with Honor 1 to continue to bless officers across the U.S. In 2015, they began with a trip to Sacramento for the state memorial ceremony and to honor J.D. DeGuzman who was killed in 2016. From there they stopped at Colorado, Kansas, Missouri, Kentucky, West Virginia, Virginia, North Carolina, South Carolina, Georgia, Florida, Alabama (where Chaplain Price was asked to give the invocation for their state memorial ceremony along with a brief talk about Honor 1 and our trip), Mississippi, Louisiana, Texas (Dallas), Oklahoma, New Mexico, and Arizona (Tempe).

After two cross-country trips, 14,000+ miles and visiting 27 state memorials, the original Honor 1 Crown Vic has retired. Today, Honor 1 (2.0) which is the chief’s former patrol Explorer, was redesigned and ready to go for local events and will hopefully be on its way across the country to honor the fallen officers of 11 more states in May 2023.

Learn more about our programs:

The Widows & Orphans Fund is a vital part of the San Diego Police Officers Association. We are the ONLY charity in San Diego that directly supports the sworn officers of the SDPD in times of injury or death.
Learn more

Each year, the SDPOA awards scholarships to a number of students to help children of members achieve their goals in higher education.
Learn more

This first-in-the-nation childcare center customized to meet the needs of police officers with extended hours and affordable rates is set to open in 2023.